The Quest for the Fair Land

A live presentation, delivered on-line or in person, by author S.A. Rule. Told with humour and (optional) musical accompaniment, S.A. Rule shares the story of how she came to create the Shaihen Heritage series, with readings from the latest two-volume story, Leaving On The Tide and The Hills of Gold.

Sue Rule has been writing since the age of 7. She claims she kept trying to give it up, but it wouldn’t let her, so she embarked on creating the fantasy series “Shaihen Heritage”. The series grows out of Sue’s love of history and folklore, and tracks the fictional history of an imagined world which is not unlike our own. The process of imagining that world has led her to think about how we might seek to create “The Fair Land” in the real world.

Last Christmas, I was given a book with the snappy title, ‘The Weirdest People in the World: How the West Became Psychologically Peculiar and Particularly Prosperous’. The author, Joseph Henrich, is an anthropologist and chair of the Department of Human Evolutionary Biology at Harvard University. In the book, he argues…

END_OF_DOCUMENT_TOKEN_TO_BE_REPLACED


Nearly all of us hold a special place in our hearts for the land where we were born and raised. That is a normal, human, positive connection to the Earth and our place on it, which can inspire us to cherish and steward our heritage.  But when we turn that…

END_OF_DOCUMENT_TOKEN_TO_BE_REPLACED

The people who live in Shehaios serve the Spirit. They believe that they belong to the land rather than the land belonging to them.

Shehaios is the Fair Land, the Whole Land, the Home of the Free.  “Fair Land” has many meanings – fair as in beautiful, fair as in just. Sometimes also known as “The Rich Land”, it is a utopia that only exists by the intervention of magic; but the books explore just what Shaihen magic is and how it is expressed in human actions and interactions.

The Shaihen Heritage series of novels by S.A. Rule tell the history of the Fair Land through the lives and stories of the people who created it. The first trilogy, Cloak of Magic, Staff of Power and Spirit of Shehaios chart the struggles of the Shaihen people as they face the threat of invasion by a vast and powerful Imperial power.

The second two-volume story, Leaving on the Tide and The Hills of Gold picks up the history some two thousand years later, at a time of great political change and technological advancement.

“…the land of Shehaios is alluring on so many levels…
I gradually came to understand the mystique of the
Spirit of Shehaios and just what that fully means
through the lives of it’s inhabitants.” 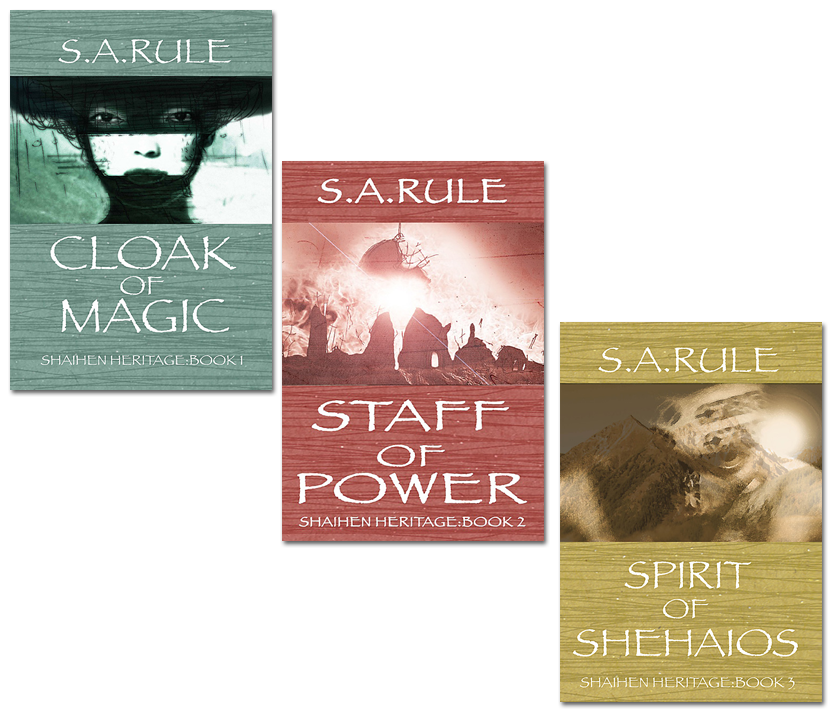 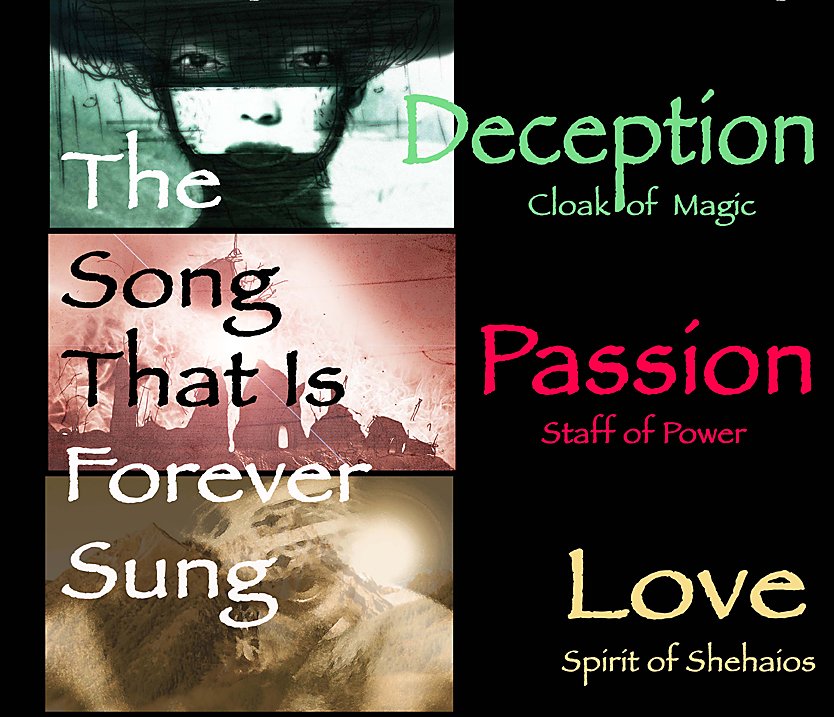